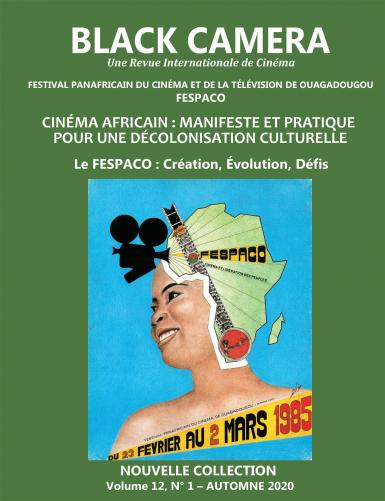 Black Camera: An International Film Journal’s Volume 12, No. 1 will be published in French in October.

The issue is the first of three produced in collaboration with the Pan-African Film and Television Festival of Ouagadougou, a major biannual festival devoted to African and Black diasporic cinemas. It features more than 600 pages of essays, manifestos, dossiers, interviews and commentary by prominent filmmakers and media professionals.

A scholarly publication supported by The Media School, the journal is edited by professor Michael Martin. Doctoral candidate Megan Connor was the issue’s managing editor, and doctoral students Samuel Smucker and Cole Nelson were assistant editors on the project.