A Conversation with Mark Stryker 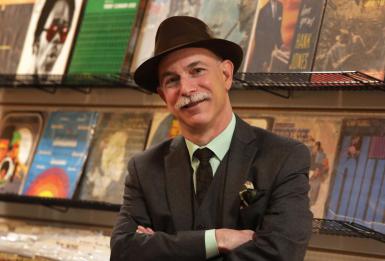 Mark Stryker, MA’92, is an author and award-winning arts reporter and critic based in Detroit.

His first book, “Jazz from Detroit,” was published in July 2019 by the University of Michigan Press, and features dozens of in-depth profiles accompanied by beautiful photographs. He is also the author of “Destiny: 100 Years of Music, Magic, and Community at Orchestra Hall in Detroit,” which was published in October 2019 by the Detroit Symphony Orchestra.

Stryker covered jazz, classical music and the visual arts for 21 years for the Detroit Free Press. Before that, he worked for the South Bend Tribune and Dayton Daily News. His national prizes include two ASCAP Deems Taylor Awards for music writing and several reporting awards for coverage of the Detroit Institute of Arts and City of Detroit bankruptcy.

The talk is free and open to the public.