New doctoral alumna Megan Connor’s first book, “Fandom, The Next Generation,” will be published in August by University of Iowa Press.

The book, which she co-edited with Bridget Kies of Oakland University, is a collection of essays examining intergenerationality in fandom studies.

This collection offers a close study of fan generations, which are defined not only by fans’ ages, but by their entry point into a canon or via their personal politics, said Connor, PhD’22. The contributors discuss how generational fandom is influenced by and, in turn, builds social and political changes.

“I really enjoyed the process of collaboration and getting to help other scholars fine-tune their work to make their ideas sing and see them in conversation with each other,” Connor said. “Fandom is always more diverse than we think.” 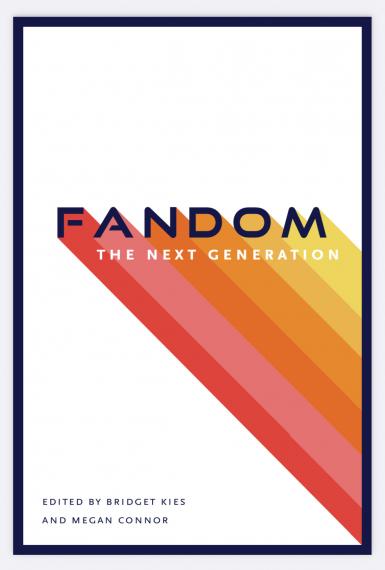 The collection includes chapters by 16 international scholars, including Kies and Connor. It covers a range of fandoms from “Star Wars” to Jane Austen.

Connor’s chapter is titled “Looking Back, Looking Bi: Queering a Lifelong Fandom of The Baby-Sitters Club.” She uses autoethnography to reflect on her own identity and on fandom of girls’ literature.

In her chapter, she examines the different veins of identification and fandom adults might have with childhood texts, including the nuanced Japanese-American representation of the character Claudia Kishi in “The Baby-Sitters Club,” which prompted Asian-American millennials to create their own diverse media.

“While a lot of the chapters move through different generations of fandom, and how different groups of people join fandoms over the decades, mine looks at one generation and how they might change their feelings about a text over periods of time,” Connor said.

The book developed out of a conversation the editors had about “The Baby-Sitters Club” at the 2019 Society for Cinema and Media Studies conference.

This is the first book for both Connor and Kies, though they are already discussing potential future collaborations.