Naremore publishes book-length study on ‘Letter from an Unknown Woman’ 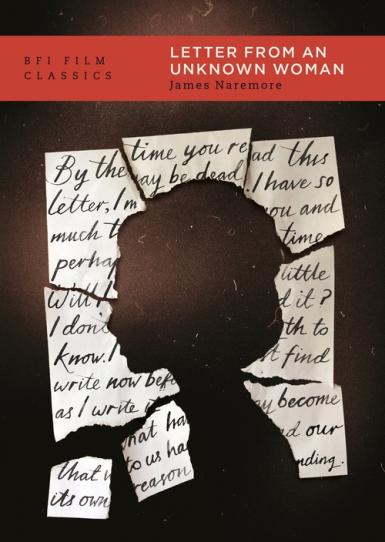 In “Letter from an Unknown Woman,” a talented pianist about to flee from a duel receives a mysterious letter that begins, ‘By the time you read this letter, I may be dead,’ and precedes a masterful melodrama about a young woman’s masochistic desire to be loved by a man whose feelings never seem to mirror her own.

“Letter” is a longtime favorite of Naremore’s — he remembers teaching it occasionally in film classes, often prefaced by a winking remark of “If you don’t like this film, we can’t be friends.” It’s significant to him for its turn-of-the-century Vienna setting and complex emotional effect. Naremore always found he identified with Joan Fontaine’s character (the titular, letter-writing unknown woman) despite her obvious vices.

“It was unusual to be so intensely identified with a rather masochistic young lady,” he said. “But I was with her all the way.”

Students’ reactions often varied, despite his earnest pre-screening remarks; many were put off by its old-fashioned stylings, and many more wrote it off as sentimental for its melodramatic qualities.

Naremore, at a point when he didn’t have a writing project on his plate, turned to it once more for his second “BFI Film Classics” book. The first was on the 1957 noir “Sweet Smell of Success.”

Key to Naremore’s book is a discussion of the film’s source material, a 1922 Stefan Zweig novella, which opens the book and provides a recurring backbone to other discussions of the film’s setting, production and style. The novella was also adapted for the screen in other iterations — a 1929 German film called “Narkose,” a 1933 pre-Production Code Hollywood film called “Only Yesterday” and a 2004 Chinese adaptation that maintained the novella and Ophüls films’ title — which Naremore discusses along with the adaptation of the novella to the screen in the 1948 film.

The German adaptation proved especially difficult to access. Despite persistent efforts to track down a copy of the novella’s first screen adaptation, Naremore was only able to see parts of it via a film archive in Berlin. The rest of his brief discussion of the film came from a written description.

With special attention to the Zweig story, Naremore outlines and argues in favor of the 1948 film’s changes to the material — especially its ending, which differs significantly from Ophüls’ original plans. He also focuses in one chapter on the production of the film, the impact of the Production Code (a censorship policy enforced from 1934-68 that limited films’ treatment of sex, violence and more) and the contributions of behind-the-scenes personnel. Naremore also discusses the transplanting of the source material from an unspecified year (probably close to the novella’s 1922 publication, he notes) to turn-of-the-century Vienna.

A book-length discussion of the film also enabled Naremore to give space to some of the other important writing on “Letter from an Unknown Woman,” including feminist readings of the film.

“I had more space to move around and acknowledge other important things,” Naremore said.

He also disagreed with some of that writing. Though Wood, Perkins and others are correct to emphasize an irony in the intensely romantic character of the protagonist despite her unawareness of her masochistic qualities, Naremore says, he also finds there to be a more earnest bravery to her characterization and choices.

“I think she’s a heroic young woman,” he said.

Women are at the center of a number of Ophüls’ films, as well as melodrama as a genre — from his noirish Hollywood pictures (“Caught,” “The Reckless Moment”) to his European works (“Lola Montès,” “The Earrings of Madame de…”). Many of their names begin with L (Joan Fontaine’s character in “Letter from an Unknown Woman” is named Lisa).

Ophüls is also known for his elaborate mise-en-scène (a catch-all film theory concept for the sets, lighting and staging of an image) and complex camera movements — smooth dolly shots and precise crane sweeps. This becomes the subject in Naremore’s fourth chapter, which identifies the film’s use of style and melodrama components and parses its powerful “recognition plot.”

Despite the romantic and often mysterious qualities of the film’s narrative and style, Naremore said that learning more deeply about its background and production enriched his appreciation, an experience he hopes is offered to readers, too.

“I think anyone who likes the film will gain something by reading the book,” he said.