Martin book explores lasting impact of ‘The Birth of a Nation’

More than 100 years after the film “The Birth of a Nation” first inspired protests with its racist content, a book edited by professor Michael Martin analyzes the film’s continued impact on America today. 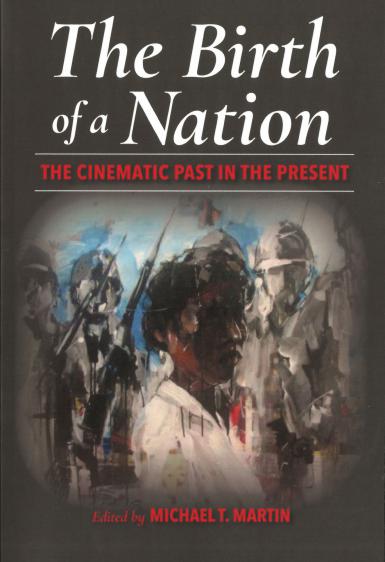 “The Birth of a Nation: The Cinematic Past in the Present,” released this month by Indiana University Press, is a collection of essays exploring “first and foremost, the idea that cinema is not just entertainment.”

“We have much to learn about how culturally produced media is more than just media or entertainment,” Martin said. “It can play a crucial role in affirming the rights of human beings.”

Originally released in 1915, “The Birth of a Nation” has become known as one of the most controversial films in American cinematic history. The nearly three-hour film, which was the first and longest 12-reel film ever created, endures today as not only a feat of technical cinematic excellence but also as a deeply racist narrative glorifying the Ku Klux Klan and vilifying black Americans.

Martin called “The Birth of a Nation” the “most influential film distorting and manipulating history and race relations” of all time. He views it as proof of white supremacy and the influence of the patriarchy, and said it’s an enduring example of America’s inhospitable attitudes toward immigrants.

Upon its release, the movie sparked protests from organizations like the NAACP. There were riots in New York City and Boston, and the film was banned in three U.S. states and several cities. Still, its popularity was unparalleled. Martin’s book explores the film as a worldwide phenomenon, claiming that, adjusted for inflation, it may still be the most monetarily successful film of all time.

Assistant professor Cara Caddoo, who contributed a chapter to the book, attributed this success largely to systemic racism.

“Much of the reason that it’s considered this great technological achievement today is because of the fact that it’s embedded in this really racist history,” she said. “It would not have been seen by so many people if it wasn’t for the fact that there was this system of segregated theaters.”

The film was also targeted toward white audiences, and Caddoo said the close-up shots of black characters – actually white actors in black face – were meant to emphasize physical differences, highlighting the film’s claim that skin color made black citizens fundamentally different from white ones.

Part of the film’s purpose, Martin said, was to frighten white audiences and make them believe people of color had the ability to strip them of their privilege.

In 2015, an IU symposium titled, “From Cinematic Past to Fast Forward Present: D.W. Griffith’s ‘The Birth of a Nation,’” observed the 100th anniversary of the film. Bringing together a diverse group of cinema experts, comparative literature scholars and faculty affiliated with The Media School’s Black Film Center/Archive, the symposium sought to explore the topics later covered in Martin’s book. The book developed from that symposium, featuring many of the same thinkers and authors, whom Martin referred to as experts in their field.

“The Birth of a Nation: The Cinematic Past in the Present” is divided into three parts. The first explores the history of the film, with contributions from scholars including Caddoo.

Her chapter explores the systemic issues – such as segregated theaters and a racist distribution process – that contributed to the popularity of “The Birth of a Nation.” She also touches on the different ways in which people protested the film and why.

“While one person might be able to sign a petition, another person might throw a brick through a window,” she said. “I was looking both at different kinds of strategies for protests and at the different types of criticisms that started to orbit around and become part of this larger campaign.”

The second section deals with the representational and rhetorical strategies employed by the film, including the emphasis on close-ups. The third section, which analyzes the implications of “The Birth of a Nation” today, compares the film to modern-day cinema such as “Django Unchained” and “12 Years a Slave” to explore how the film created an enduring impact on American film.

“The Birth of a Nation: The Cinematic Past in the Present” is available through IU Press and on Amazon.