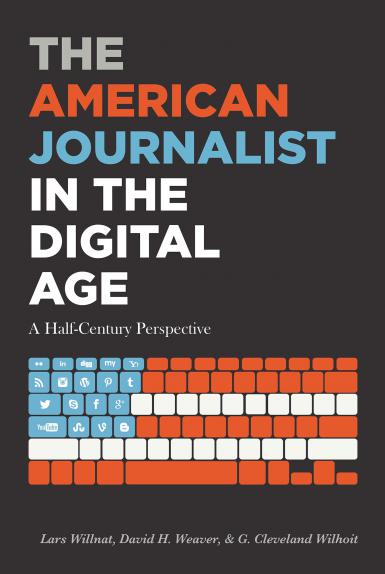 BLOOMINGTON, Ind. — Economic difficulties, the proliferation of social media and public attacks on media credibility have created a challenging environment for news organizations. But U.S. journalists, although their numbers are dwindling, appear to believe in their watchdog role as strongly as ever, according to the latest in a multi-decade series of studies by IU Media School researchers.

The findings are the subject of a new book, The American Journalist in the Digital Age: A Half-Century Perspective, by emeritus professors David Weaver and Cleve Wilhoit and alumnus and former IU professor Lars Willnat. The book is the fourth in a series Weaver and Wilhoit began in the early 1980s, expanding on benchmark research conducted at the University of Illinois in 1971.

The survey finds journalists reject overwhelmingly the use of questionable reporting tactics, a result that Weaver and Wilhoit say this is especially significant in the context of current attempts to portray legitimate journalism as “fake news.”

“When pressed toward deadline and asked about using a story with unverified elements, the journalists in our sample refused, overwhelmingly,” Wilhoit said. “Fake news may be a problem, but the mindset of the journalists we studied seems dead set against it.”

The data also suggest that, despite challenges to their legitimacy and pessimism about the future of news, public service ideals remain an important motivation for today’s journalists.

“The profession’s ‘voice’ may be smaller because of a diminished full-time workforce and distracted audiences, but the resolve to be a check on government has never been stronger,” Wilhoit said. “And, the educational levels and depth of experience of journalists have never been greater.”

Seventy-eight percent of the journalists surveyed rated their “watchdog” role over government as “extremely important” – the highest percentage since the era of the Pentagon Papers in 1971.

Other key findings of the current study, for which data were gathered in 2013, are:

The study maintains consistent questions, allowing the researchers to compare changing attitudes over time. Willnat said the data gathered over five decades is invaluable, and the study has inspired similar research around the world.

The researchers are generally optimistic about the future of the profession, based on the results of the latest survey. They say condemnation of the media by President Donald Trump and others presents an opportunity for journalists to demonstrate their importance to democracy.

“I think that the current criticisms of journalism will not last indefinitely,” Weaver said, “and I think there is growing recognition of how important professional journalists are to our society.”