Raiford Guins, professor and director of cinema and media studies, published a new book in July that explores FIFA from different perspectives.

The book, “EA Sports FIFA: Feeling the Game,” has 11 chapters to mimic the different positions on a soccer pitch. The chapters cover different aspects of the game, ranging from gender in FIFA to the various ways people play.

Guins said the inspiration for the book was the lack of scholarly work on sports games. Guins said he only knew of two collections that exist about sports games. 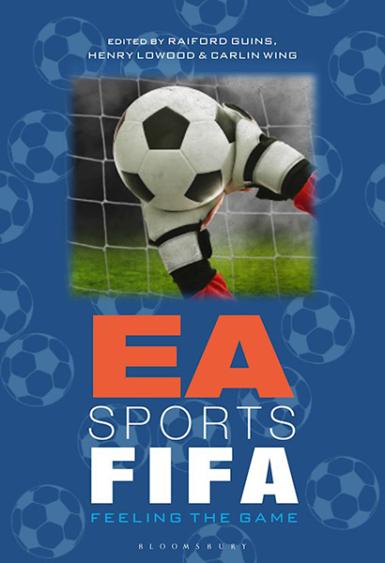 “My colleagues Henry Lowood and Carlin Wing and I are all avid FIFA players, and we thought, ‘Let’s start there,’” he said. “We wanted to advance the study of sports games, and we also wanted to write about a game that we, the three of us as editors, are passionate about.”

Guins edited the book, along with his longtime collaborator Henry Lowood from Stanford University and his former doctoral student Carlin Wing, now at Scripps College.

There are also 13 other contributors who are from across the United States, as well as the United Kingdom, Poland, Australia, Canada and Denmark.

This geographic diversity is representative of the game itself, Guins said. “This is truly a global game, and we just felt we wanted to try to capture some of that in the book, which is easier said than done.”

The range of chapter topics was also intentional, Guins said, because “we wanted to try to cover the game from a number of different angles so that anyone who purchases the book can see a broad range of different subject areas brought to FIFA.”

The book both contributed to the under-established study of sports games and allowed Guins and his co-editors to publish on a sport they’re passionate about.

“We brought our love of the sport and our too many hours a week playing FIFA into a project,” Guins said.