Avery Cortell spent two weeks of his 2014 summer vacation learning 2D and 3D video game design techniques as one of the Game Development Camp’s first students. In the then-17-year-old’s game, the player was a bat who navigated via echolocation.

Five years later, Cortell, BS’19, has a degree in game design from The Media School. His skills and portfolio have expanded; he most recently published “Dungeonomics,” a “visual novel-style mystery game” in which the player uses time magic to solve the problems of goblins in a dungeon.

And Cortell is back at Game Development Camp, but this time as a counselor.

Now in its seventh year, the camp continues to be a stepping stone for students on their paths to game-focused careers.

“I always knew that I wanted to make games before entering the camp,” Cortell said, “but getting the chance to actually use this (game design) engine I had never heard about and get help from people who actually knew what they were doing was definitely quite a lot of help for me back then.”

Cortell has had ample opportunity to master game design engines Construct 3 and Unreal Engine 4 since his time as a camper, but he has the unique position of remembering what it was like to learn them himself in a similar environment. During camp weeks, he helps students brainstorm, troubleshoot and create a finished product.

“I have to do a lot of very strange problem solving for the kids sometimes, but it’s always very interesting seeing the concepts they come up with,” he said of his second summer as a counselor.

This year’s camp took place during two sessions the weeks of June 10 and 17. In the 2D and 3D camps, campers ages 13 and up come to Franklin Hall for five days to play, analyze and create games. 2D campers learn Construct 3, while 3D campers use Unreal Engine 4. Female students also have the opportunity to attend GirlPowered!, a session that seeks to encourage girls’ involvement in a traditionally male-dominated industry.

Founder Chabane Maidi said the camp gives students the freedom to explore their interests in many facets of game design, including the artistic, technical and storytelling aspects. The overarching focus, he said, is on interactivity.

“We’re just enabling them to be able to create some really cool content,” Maidi said. “So, the camp is not particularly restrictive over the kinds of things that they can make.”

Maidi said students of all experience levels can learn from the camp, as long as they’re willing to explore their interests.

This was 15-year-old Seamus Cherry’s fourth year at game camp. He said he started out trying to make knockoffs of games he played at home, but since his first year, he’s been focusing on creating space shooter games.

He said one of the challenges he’s faced in creating a good game is finding an idea that’s intriguing to an audience. He also said he finds it challenging to create a polished product.

“Games are a culmination of a lot of different art forms. You have the visual effects, you have the music, the storytelling – it kind of takes all that and bundles it,” Cherry said. “A lot of the time, it can just work as separate pieces that are together, but when you can get an item where, if you took one away, the experience wouldn’t be the same, that’s something that I’d really like to strive for.”

All three game camp sessions are held in June each year and give students access to Franklin Hall’s equipment and facilities, including its Mac computers and virtual reality lab. The camp culminates in an opportunity for students to showcase their games to friends and family on Franklin Hall’s 23.5-by-12.5-foot screen in the building’s commons. 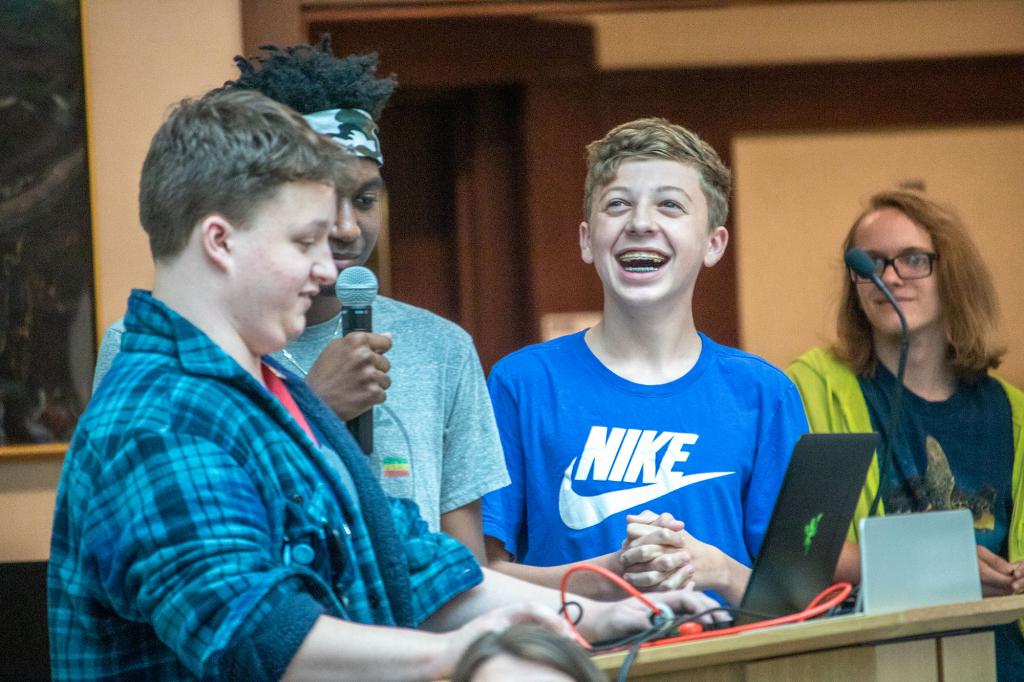 Campers present their games at the end of the week. (Austin Guan | The Media School) 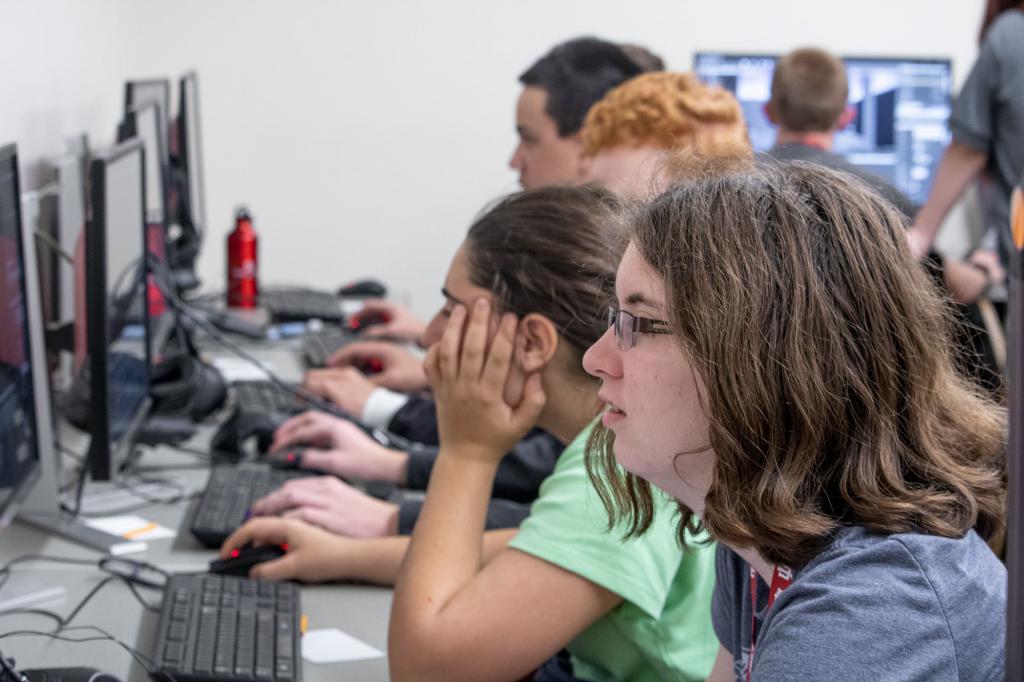 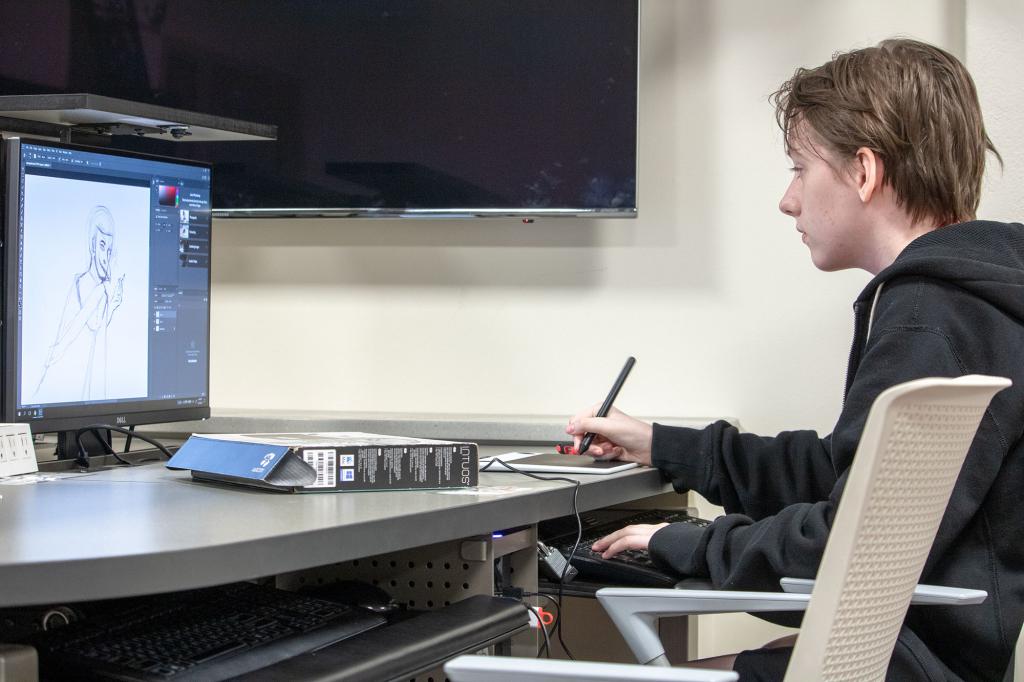 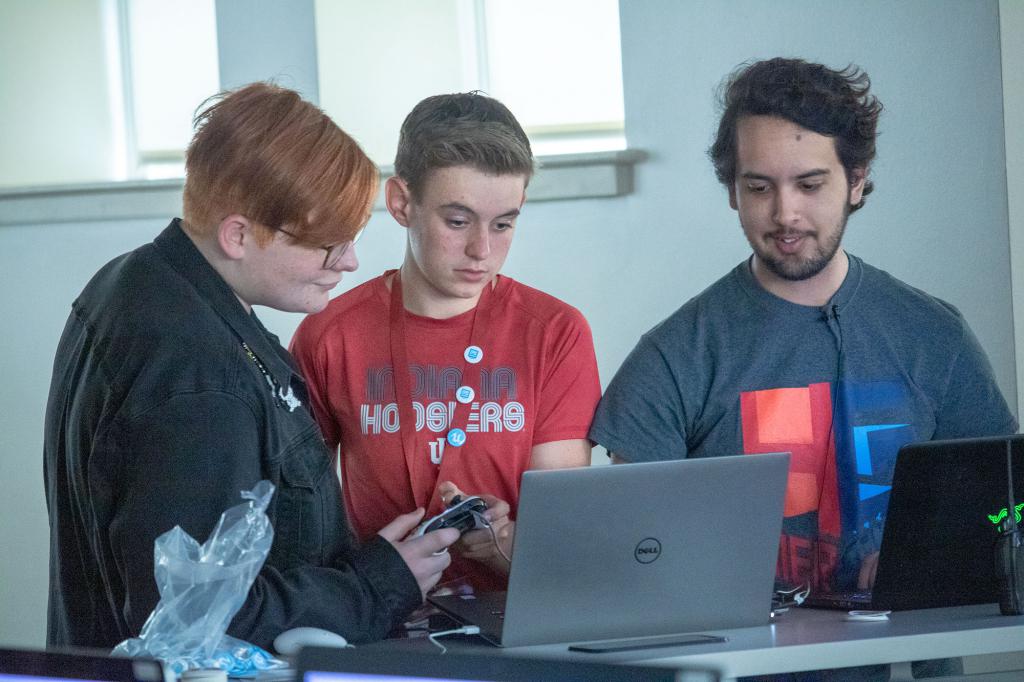 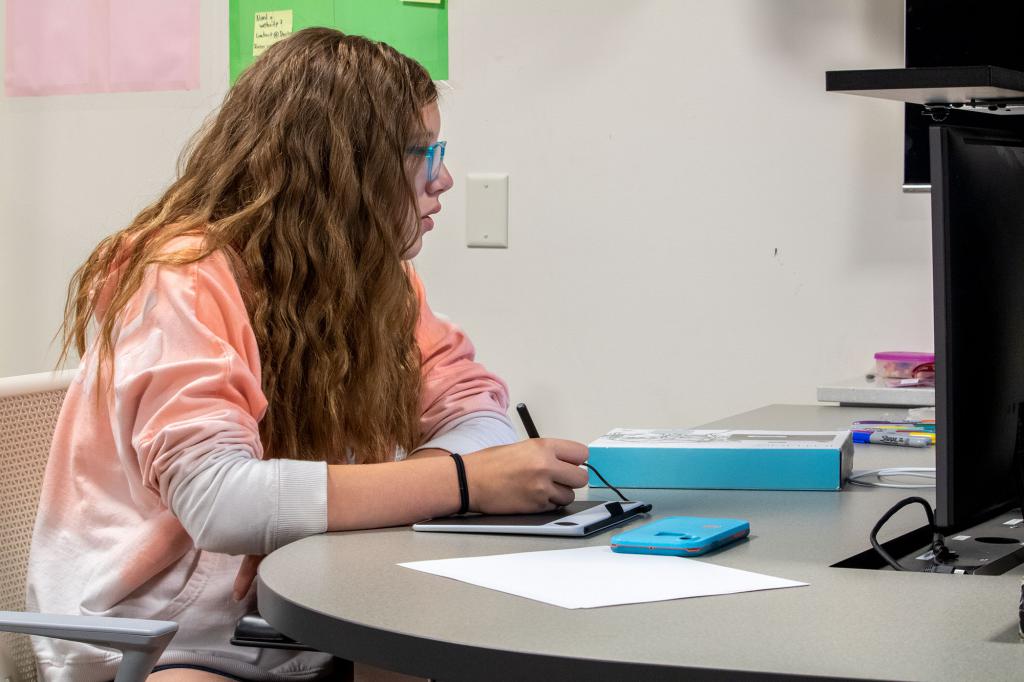 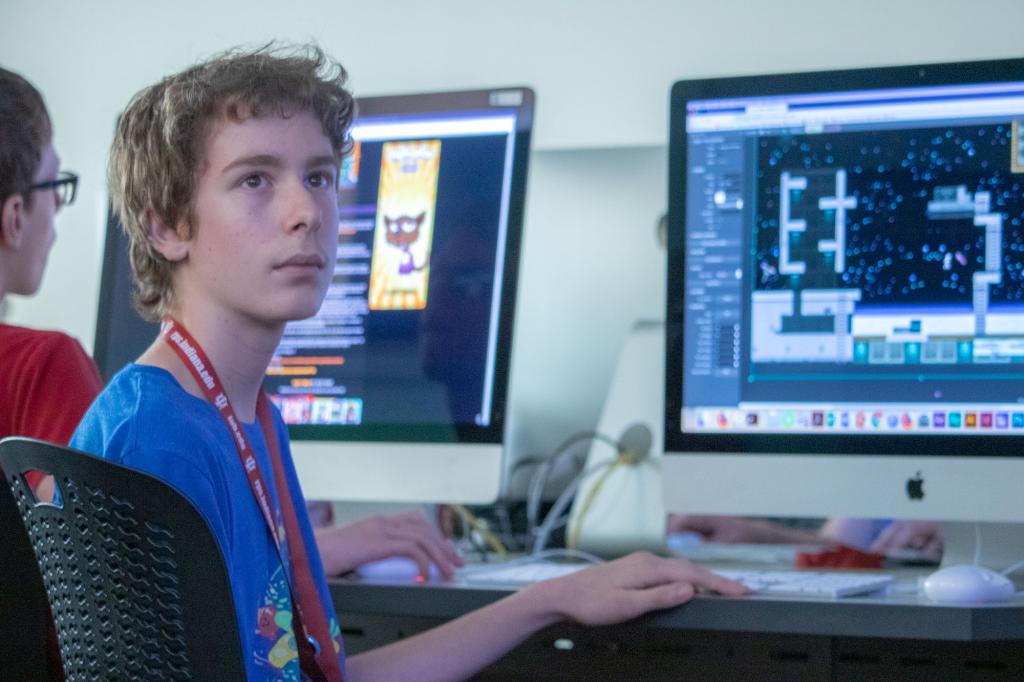 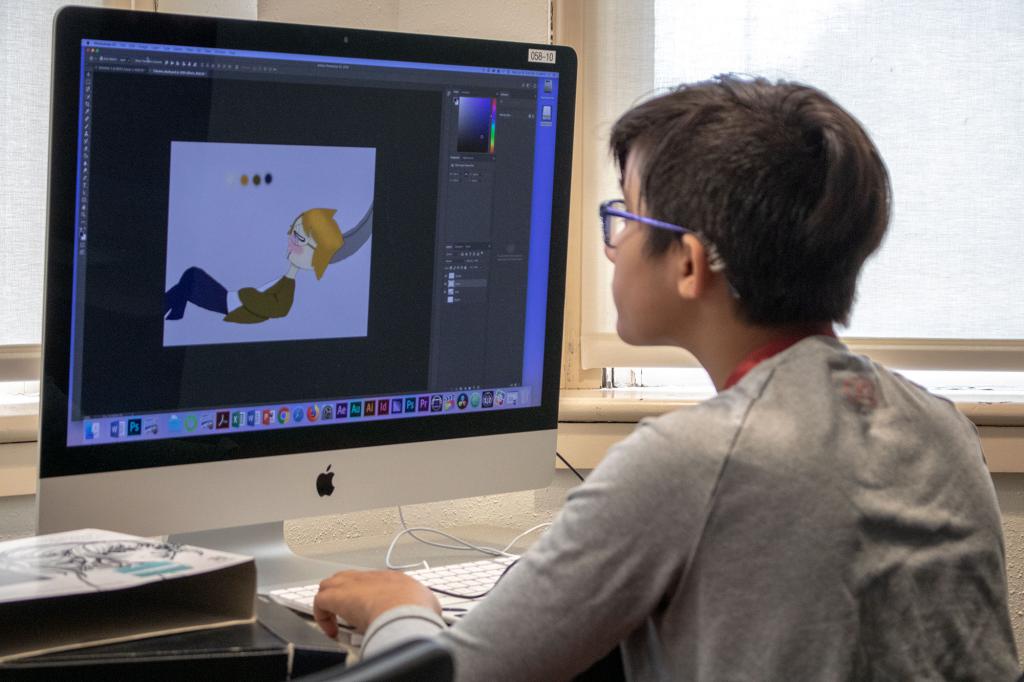 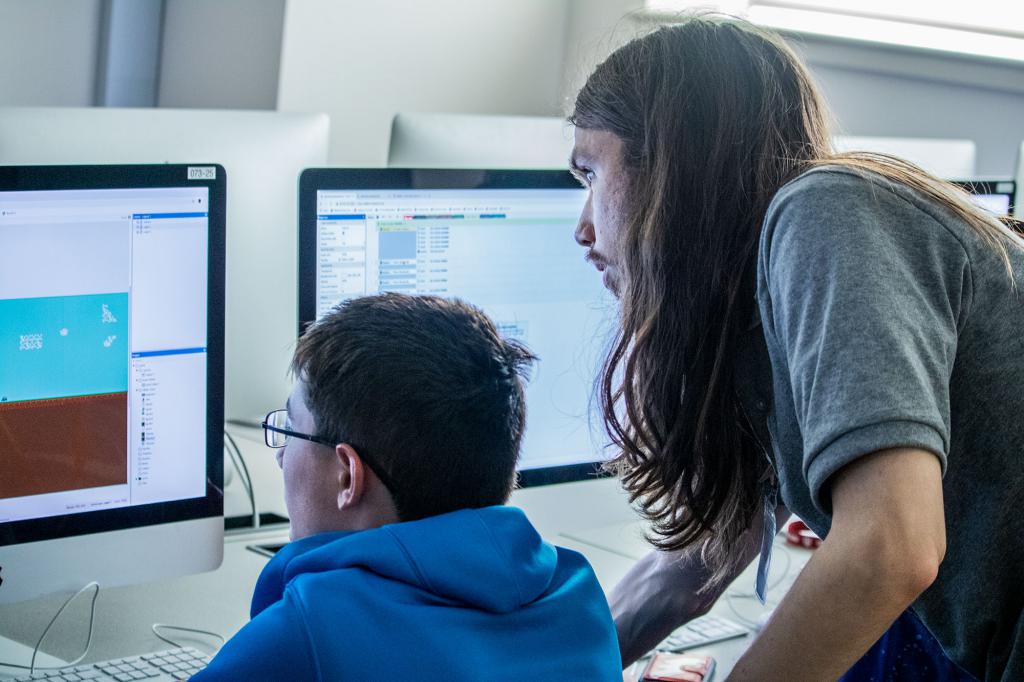 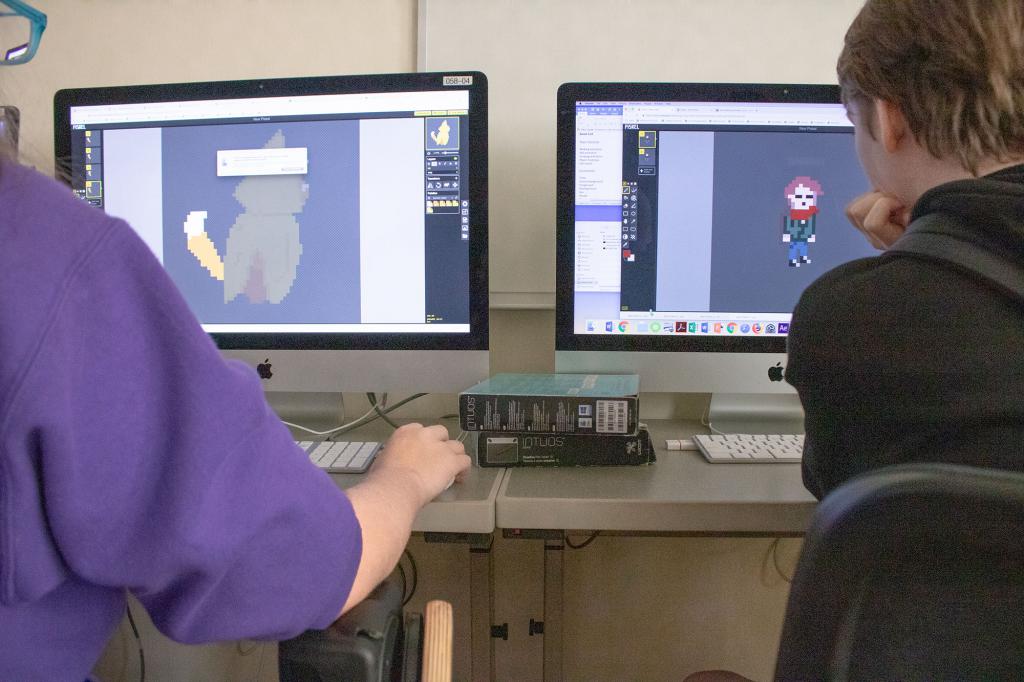 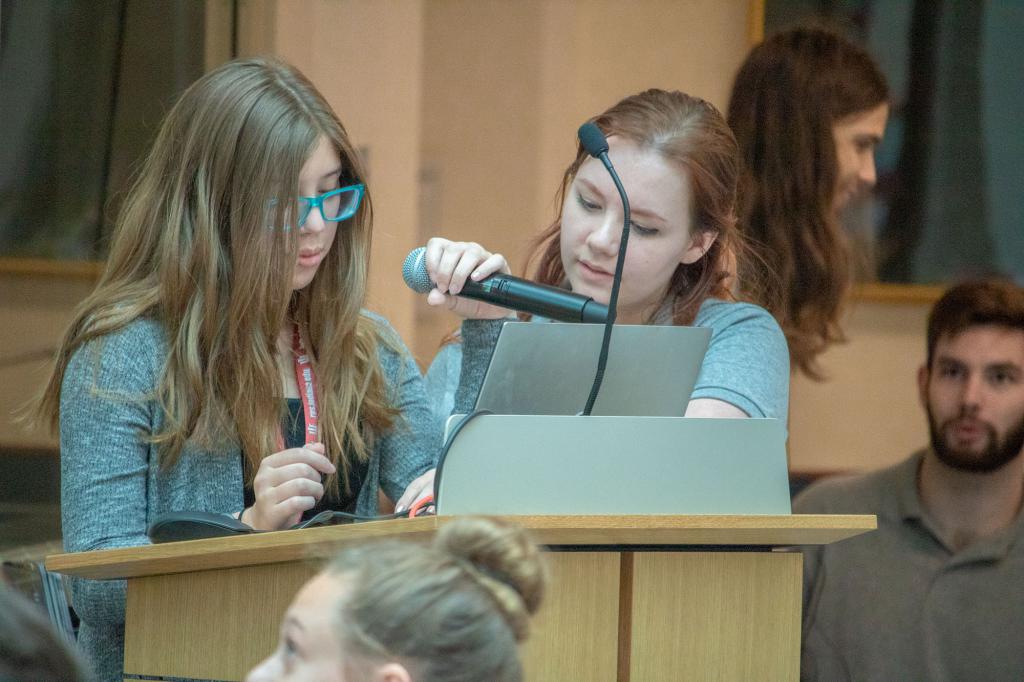 Evi Headdy presents her game in the commons at the end of GirlPowered! camp. (Austin Guan | The Media School) 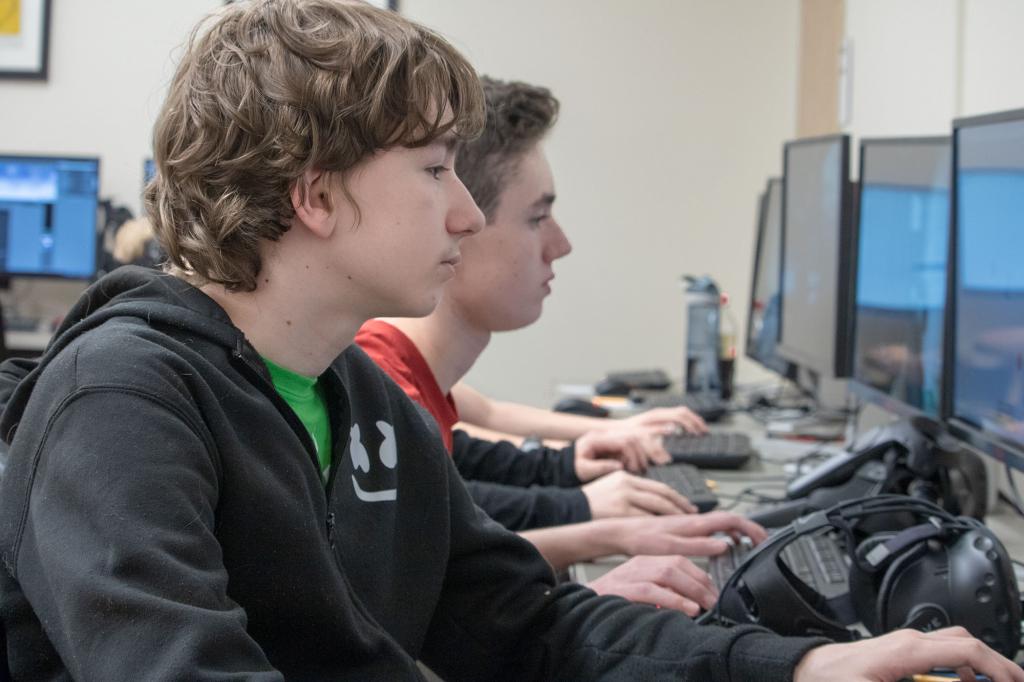 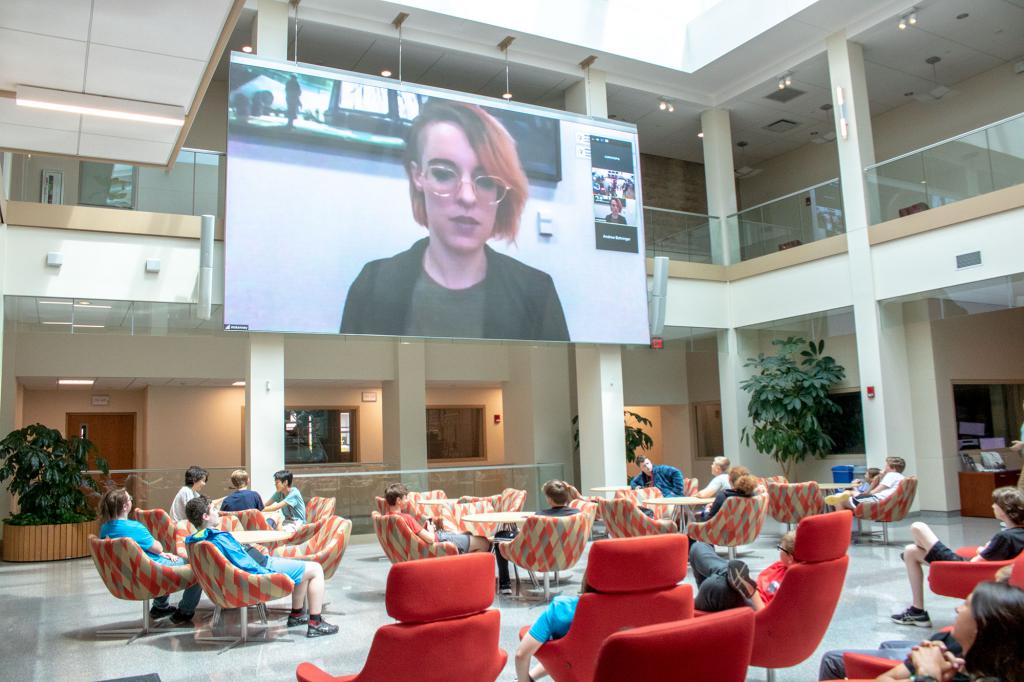 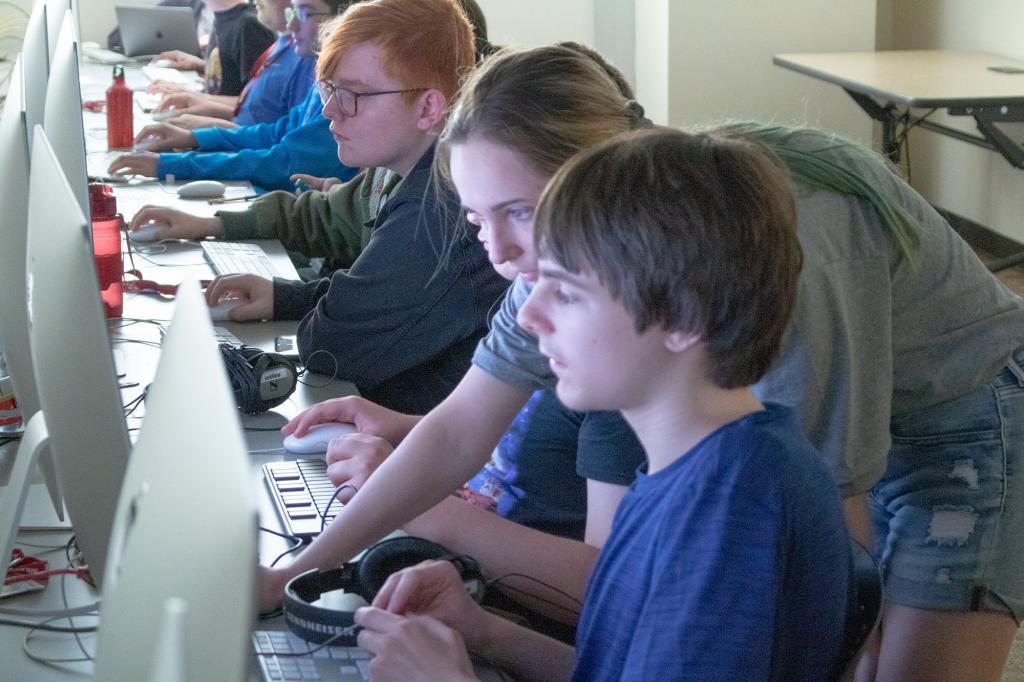 Andrew Theriault gets feedback on his 2D game. (Austin Guan | The Media School) 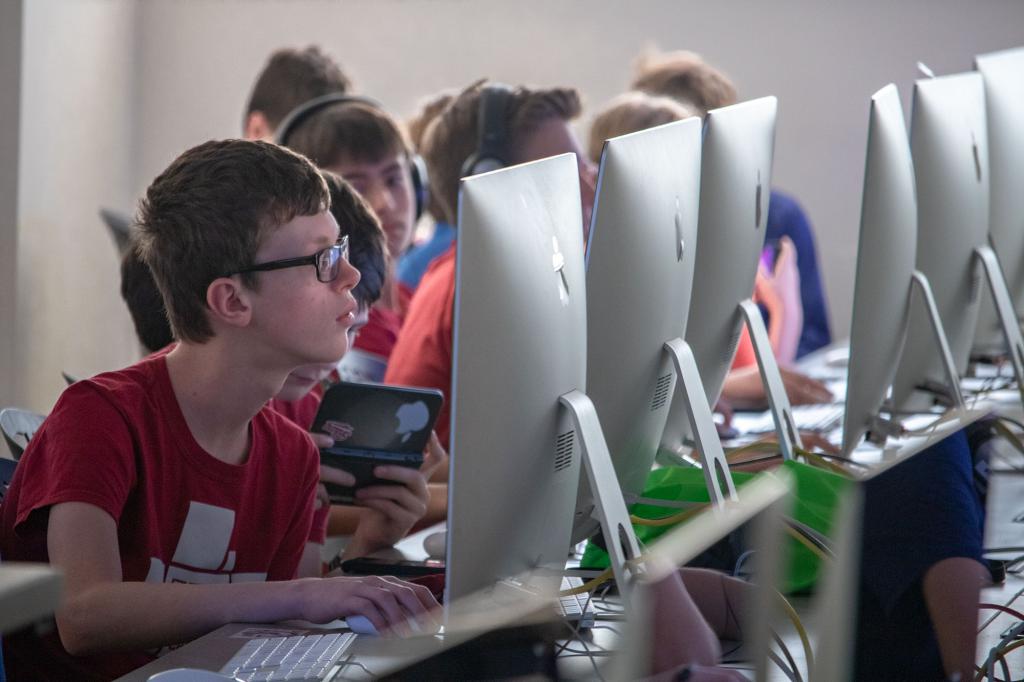